BMW’s futuristic Vision DC Roadster is first of many 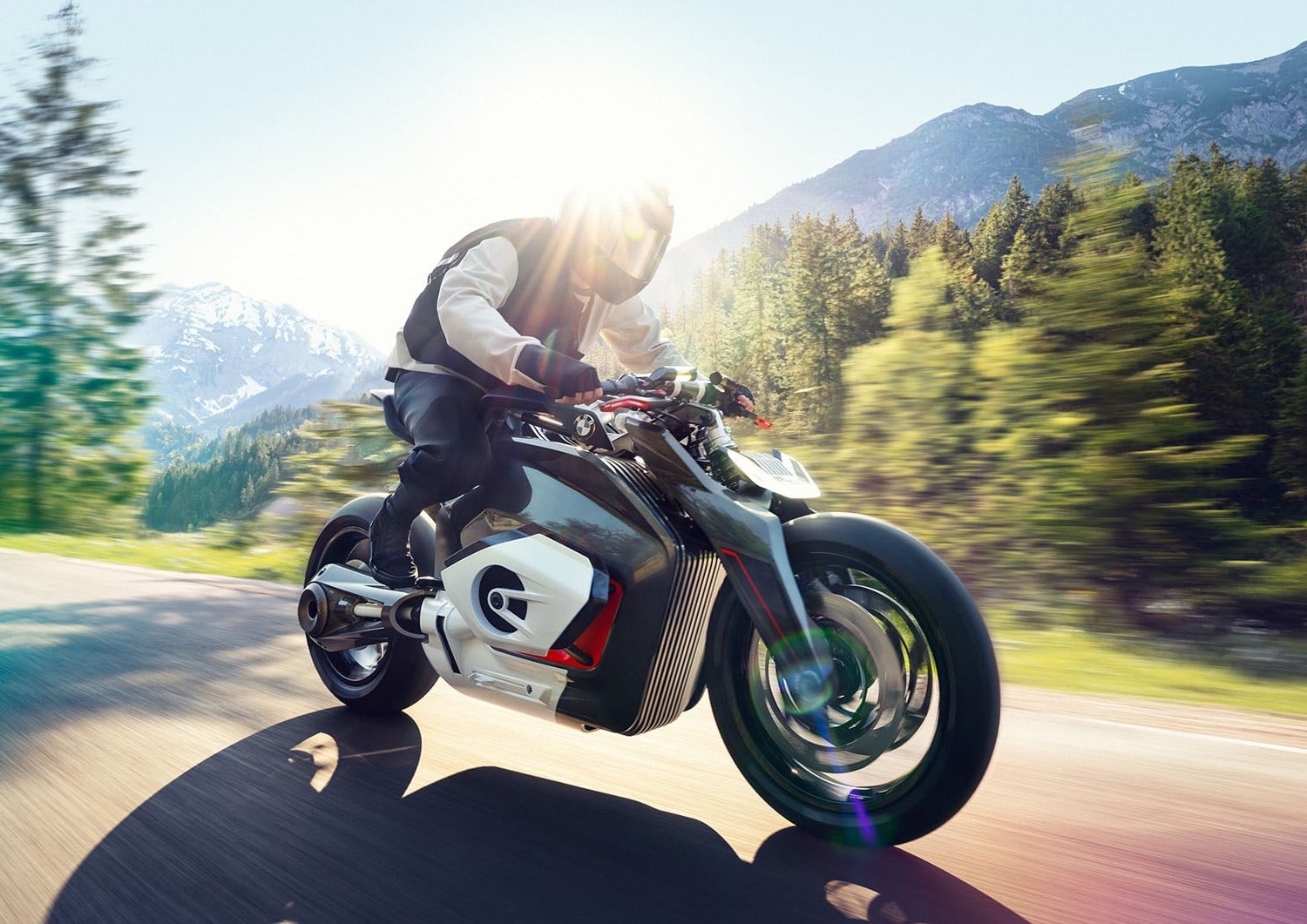 BMW have unveiled the Vision DC Roadster – a naked electric concept bike that moves the electric boxer story on once again after the radical Vision Next 100 bike shown three years ago. This shock move comes as BMW press the accelerator on their program of electrification, promising 25 models across the business by 2023.

In a standard bike everything pretty much starts with the engine as it’s pretty much the biggest thing to accommodate. On an electric bike the biggest parts are the batteries, while the motor itself is relatively compact.

For the DC Roadster a huge block of longitudinal batteries replace the typical boxer engine block, with the electric motor slung underneath. The two ‘cylinders’ are actually radiators with cooling fans (that retract when the bike is parked), not only giving the bike the appearance of a classic boxer but also retaining that ‘air-cooled cylinders in the wind’ vibe of the original 1932 onward machines.

Despite its modern features BMW have kept some elements of a traditional design. Up front there’s a Duolever fork, with the ‘tank’ shape flowing back from that.

Out back the tail unit has a typical racing slant, while power is delivered to the ground through a thoroughly BMW shaft drive. Even the lights are sculpted and stylised LEDs that echo existing bikes. The whole bike is everything you expect a BMW to be – but reimagined for the electric age.

The frame itself is milled from aluminium, with huge cut outs giving the bike a lightweight appearance while also echoing the finned cylinders of yesteryear. The rest of the bike is built around the centrepiece of the battery, supported on beams that BMW say make it appear like the extra elements are floating.

Outside of the core bike everything has been designed for both style and safety. The tyres for instance have been made by Metzeler to include fluorescent elements that, just like the frame itself, glow in the dark.

BMW have also designed a riding suit, with near invisible protection as well as light emitting elements to catch the eye of other road users. There’s even a magnetic backpack, naturally.

Now obviously the whole thing is just a concept for now but with BMW’s determination to bring us plenty of new models in the near future, it’s possible that the core battery and motor might well find their way onto a production machine in short order.