Number of e-scooters on UK roads set to soar 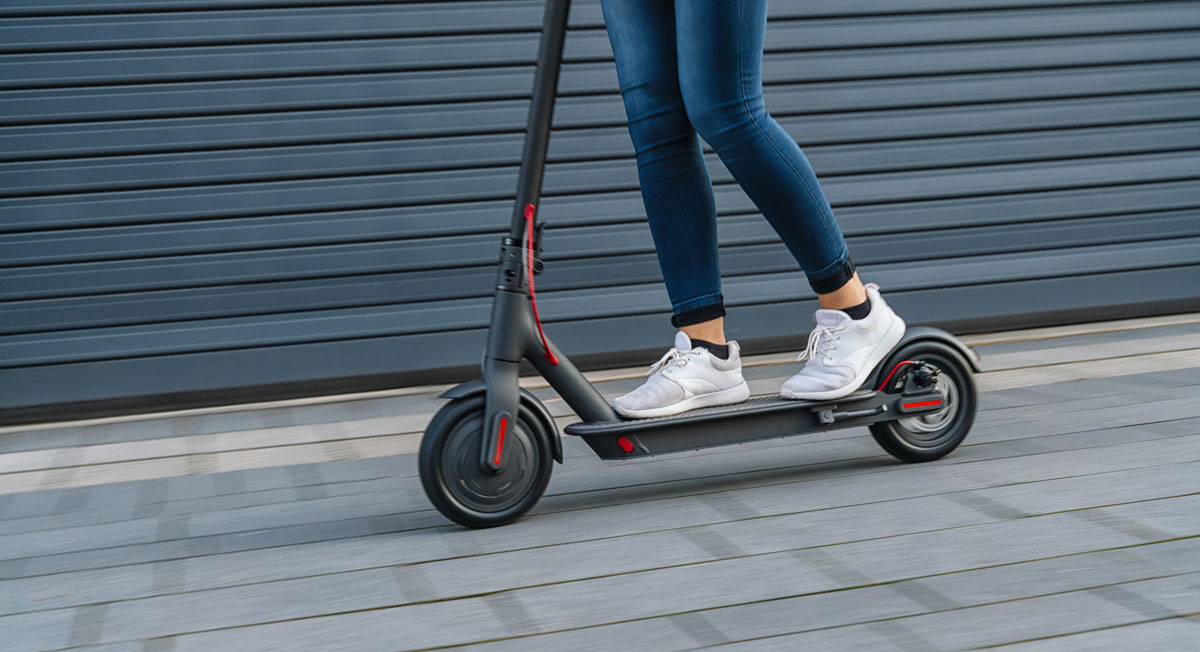 London is to launch a trial of e-scooters within weeks – but concerns have been raised after their rollout in other UK cities.

The number of e-scooters on the UK’s roads is set to soar as London prepares to launch a trial of the vehicles in the coming weeks. They have been hailed as a greener, more sustainable mode of transport that can reduce traffic congestion, but concerns have been raised after trials in other UK cities. Newcastle has introduced an overnight curfew for e-scooter riders after a spate of drink-driving arrests, with six men due in court on Thursday.

A councillor in Merseyside recently branded the devices “orange death traps” after witnessing people riding them on pavements in Liverpool.

And in Leicester, where e-scooters are not being trialled, a six-year-old boy suffered a fractured skull after being struck by a teenager riding one of the vehicles.

Where are e-scooters being trialled in the UK?

The government is trialling rental e-scooters in more than 40 towns and cities across England as it assesses their safety and whether they reduce traffic. Birmingham, Liverpool, Salford, Bristol, Milton Keynes and Newcastle are among the locations taking part in the scheme.

London is preparing to launch a trial of e-scooters in the coming weeks, with the devices expected to be deployed in 11 out of 33 boroughs in the capital in May, according to reports. Transport for London (TfL) has not revealed details of the launch but confirmed the trial is expected to start “later this spring”.

A TfL spokesperson told Sky News it was in the “final stages of the procurement process” and an announcement on the outcome will be made “in due course”. Further e-scooter trials are due to to begin in Sunderland, North Devon, Rochdale and Great Yarmouth, with the last one expected to end in November. Riders need to have a full or provisional car, motorcycle or moped licence, and have been urged to wear a helmet. Only rental e-scooters are allowed on roads, and they are limited to 15.5mph.

E-scooter company Voi, which is involved in trials in 21 towns and cities in the UK, says it has recorded more than one million rides in just over six months. Sam Pooke, the firm’s public policy manager, said e-scooters were “easing the pressure” on public transport systems and providing a “socially distanced way to travel” during the pandemic.

“We’re helping people to use a more sustainable, green way of getting around,” he said.

“That in turn improves air quality, it improves health, it decreases congestion on the roads and it makes cities much easier and much better for living.”

Mr Pooke said Voi has introduced four-digit code licence plates to its e-scooters so anyone riding irresponsibly can be identified. In order to “battle against drunk-riding”, people have to pass a reaction test to use a Voi e-scooter at night, he added. Those who fail the test are sent a link to a local taxi service.

There have been some reports of “slight injuries” but “accident data is remarkably low”, according to Mr Pooke.

He said the “vast majority of our users are riding them responsibly and safely” but added: “Unfortunately there is a very small minority who ride irresponsibly, such as going on the pavement. “The best way to tackle this is to work collaboratively with our council partners and the police.”

Another e-scooter company, Neuron, operates in Newcastle and Slough and will launch in Sunderland next week. It said there had been “some issues with a very small proportion of riders not following the rules and people parking the e-scooters irresponsibly”.

However Neuron said the overnight curfew in Newcastle, which immobilises its e-scooters between 11pm and 5am, has led to an “immediate and significant reduction in the number of reports of irresponsible riding”.

“Overall the vast majority of users abide by the rules and behave in a safe and responsible manner,” it added. “For those who do break the rules, we generally warn and educate them further and usually cases of repeat offending are rare.”

Are e-scooters set to be legalised across the UK?

Privately-owned e-scooters cannot be used on the UK’s roads – one of the last countries in Europe where this is the case – due to their classification as a motor vehicle under the Road Traffic Act 1988. Motor vehicles are required to have number plates, with users needing to have a driver’s licence, insurance and wear a helmet. In October, MPs recommended that e-scooters should be legalised in the UK within 18 months to help make cities greener.

A consultation by parliament’s transport committee found the vehicles could be an effective way to cut car journeys and clean up the air. But the MPs said e-scooters should remain banned from pavements for pedestrian safety. The transport committee has called for e-scooters to be opened up to everyone, even those without a licence, and helmets to be strongly recommended but not mandated by law.