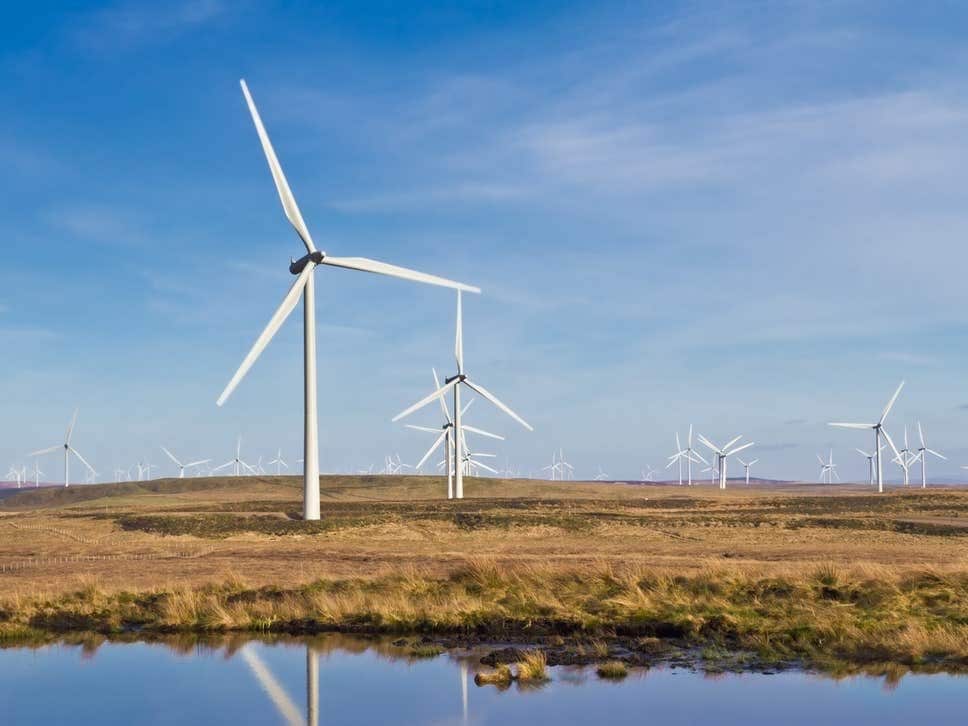 Enough energy was created by the country’s renewables to power homes from all the way up in Harris in the Outer Hebrides down to Harrogate in Yorkshire, World Wildlife Fund (WWF) Scotland said.

The figures, from Weather Energy, show between January and June wind turbines provided enough electricity to power the equivalent of 4.47million homes for those six months.

That is nearly twice the number of homes in Scotland.

“These are amazing figures, Scotland’s wind energy revolution is clearly continuing to power ahead. Up and down the country, we are all benefitting from cleaner energy and so is the climate,” said Robin Parker, climate and energy policy manager at the WWF.

“These figures show harnessing Scotland’s plentiful onshore wind potential can provide clean green electricity for millions of homes across not only Scotland, but England as well.”

He added: “It’s about time the UK government stepped up and gave Scottish onshore wind a route to market.”

The figures released come hot on the heels of the UK enjoying the longest ever period without coal power.

The company said it planned to invest £5.2bn over four years to more than double its renewable capacity.