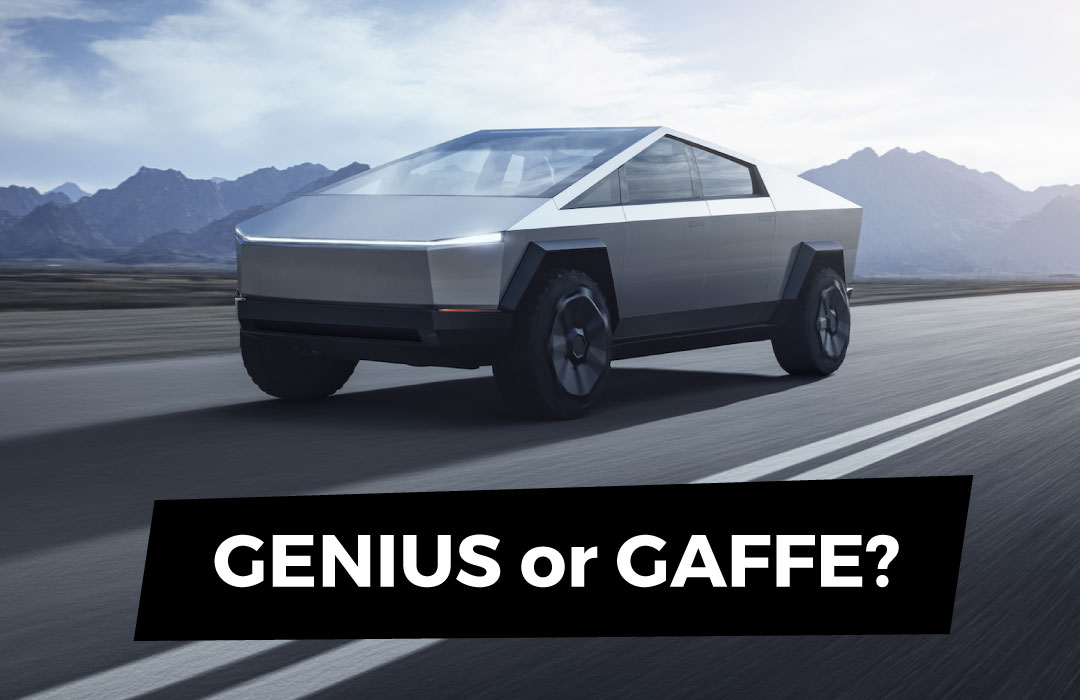 You’d have to be on Mars not to have heard something about the notorious launch of Tesla’s latest vehicle, but now the laughter and wonderment has died down, can we divine whether the Cybertruck is a crazy blunder or a stroke of genius from the tech giant?

You’d be forgiven for thinking the Cybertruck is a child’s drawings come to life, but there’s more to the ‘out-there’ design and eye-poppingly alternative looks than meets the eye.

Elon Musk is the ultimate pragmatist, his grounding in science and physics means that everything he makes tries to simplify, improve and re-define the familiar ‘from first principles’, and the Cybertruck is no exception. The outer shell is made from cold-rolled stainless steel – partly because of it’s superior corrosion resistance, but mainly because it’s strength-to-weight ratio is extremely high, and most importantly it’s cheap and efficient to produce – a theme that runs through everything Elon makes.  The ‘exoskeleton’ also doubles as part of the chassis, so the overall strength is increased and the production process is simplified, again reducing costs. 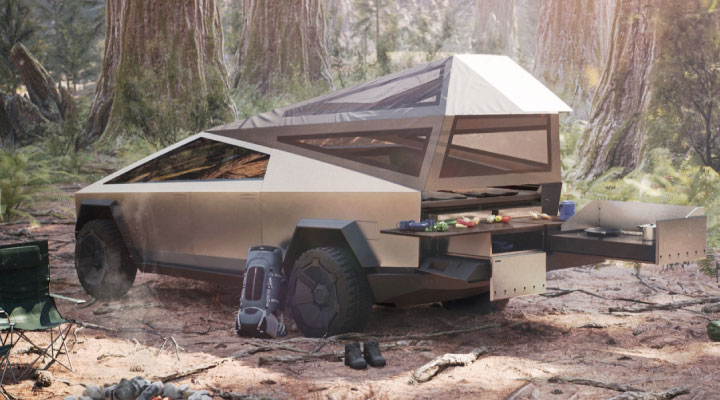 But what about the striking and ‘futuristic’ looks, what the hell was he thinking, right?  Believe it or not the angular shape and hard lines are not from a fevered dream or simply intended to differentiate the product visually, although they certainly do that, in actual fact the design was informed by the function and yes, you guessed it, cost. The design features almost no curves, meaning that the body panels are much easier to produce, and the glass can be made from flat sheets, which are far cheaper to produce than windows with complex curves and seals. And speaking of the (ahem) unbreakable glass, this is supposedly being made from transparent metal, meaning it will be far stronger than normal silicon based glass sheets, although currently their website says it uses ‘polymer-layered composite’, which is more like traditional windscreens. So after all the dust from the launch has settled, and whether you love or hate the controversial looks, one thing is for certain; the Cybertruck is an example of Elon Musk attempting to disrupt yet another well established market sector, and make us all re-think what know about how things should work. We love it.