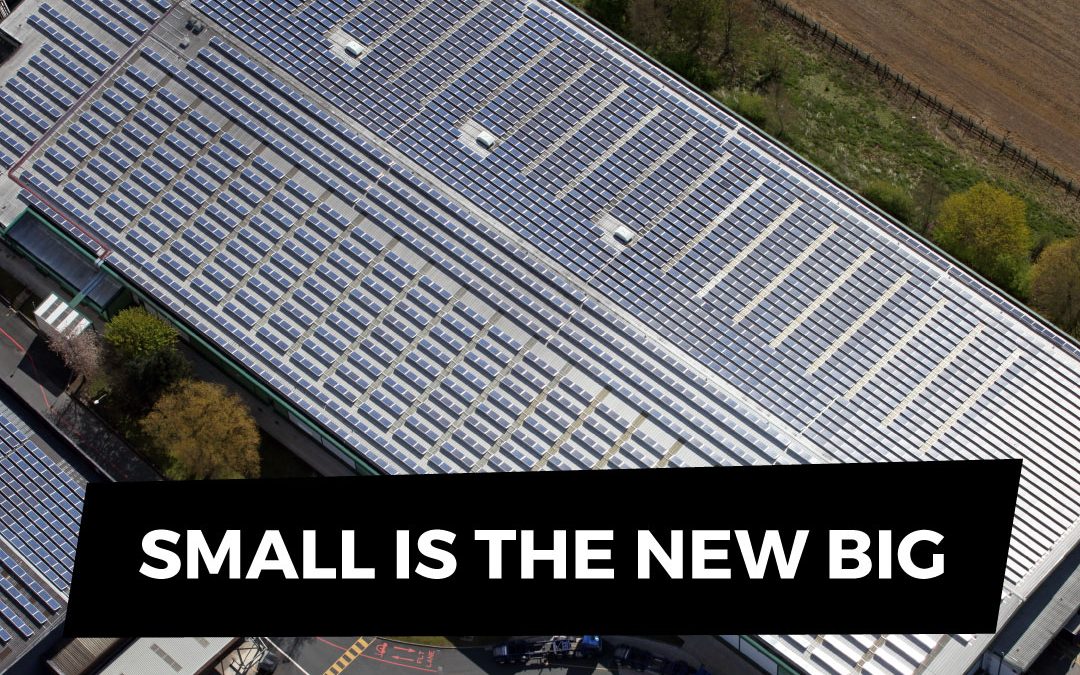 The world’s leading nuclear power generator is betting big on a future of small-scale, distributed energy.

Électricité de France operates 57 nuclear reactors in its home country and owns stakes in several U.S. nuclear plants that it’s now moving to sell. But EDF’s biggest stamp on the American power market has come in large-scale renewables: Its San Diego-based EDF Renewables North America subsidiary has developed and now operates gigawatts of wind and solar farms across the country.

Now, EDF Renewables is trying to replicate that success on a much smaller scale. How it fares in the distributed space will be of great interest to other 20th-century energy giants feeling their way toward a transformed, low-carbon future.

Over the past few years, and largely through acquisitions, EDF Renewables has amassed one of the most comprehensive U.S. distributed energy businesses, covering solar, energy storage, microgrids and electric vehicle chargers.

First came groSolar, a Maryland-based developer of small ground-mount systems. Then came a 50 percent acquisition of EnterSolar, one of the country’s leading installers for commercial and industrial customers. Most recently it bought PowerFlex Systems, a California startup that builds smart EV charging facilities.

The EDF Group has made similar acquisitions in other countries, including its February purchase of a majority stake in U.K.-based Pod Point, its largest investment in the EV market yet.

The coronavirus crisis may open the door to more dealmaking, said Raphael Declercq, who runs the Distributed Solutions unit at EDF Renewables North America. “There will be some casualties in our sector: Assets seemed overpriced up to a month ago; that may change and we may be able to grow through acquisitions,” Declercq told GTM.

Several European energy giants have been on a recent shopping spree for distributed energy companies in the startup-rich U.S. — notably Shell, EDF, Engie and Enel. Without their own U.S.-based utilities to worry about taking business from, they can roll up fleets of behind-the-meter energy assets and deliver power to customers in new ways, while learning lessons that can be applied in other markets.

“It’s a grab game right now, getting as much of that value chain as possible,” said Elta Kolo, content lead for grid edge research at Wood Mackenzie. “In a way, you’re almost seeing a new type of utility emerging in the market,” she said.

It’s a hazardous moment for the energy industry, oil companies and utilities alike. State-controlled EDF last week pulled its financial guidance for 2020 and 2021, saying it expects a sharp drop in its French nuclear output this year as the coronavirus outbreak depresses power demand.

Distributed energy is no easy business, with plenty of failed companies and ahead-of-their-time ideas. EDF itself has had setbacks in the sector: A deal struck in 2017 to build a portfolio of battery systems for PG&E fell apart when the California utility filed for bankruptcy, Declercq said in an interview.

Still, Distributed Solutions is booking solid profits for its parent, he said. The unit installed 100 megawatts of capacity in 2019, its largest tally yet, and is on its way to doubling that on an annual basis over the next couple of years — the kind of numbers even a successful large-scale developer can appreciate.

The rising importance of corporate renewables

As the U.S. renewables market scaled up, it did so largely along two separate tracks: There are big wind and solar farms (150 gigawatts of them now); and there are small, distributed systems, often located at homes and businesses.

Surprisingly few are the companies pursuing both tracks simultaneously; if anything, their ranks have thinned as renewables markets became more specialized. SunPower, as one example, used to build both large and distributed projects, but walked away from the utility-scale solar market a few years ago.

When EDF started building distributed solar systems in the U.S., they were often overshadowed by the company’s grid-scale projects, Declercq said.

It’s not easy to organize a business capable of pursuing both tracks equally well. But EDF’s belief in the “deep” trend toward decentralized energy led it to establish its standalone Distributed Solutions unit.

A common thread runs through EDF Renewables’ businesses these days: the growing importance of corporate customers. In many markets around the world, and nowhere more so than the U.S., corporations are increasingly going around traditional utilities to buy clean power and energy services directly.

A company like EDF Renewables is in a “powerful position” as it chases corporate consumers, said WoodMac’s Kolo. “They’re going direct to C&I customers and they can bring price guarantees to the table because they have bulk power.”

EDF continues to pursue large-scale renewables, including new avenues like solar-plus-storage and offshore wind plants. Meanwhile, it can offer corporate customers a growing array of options for on-site energy systems and services. “They can use their build-out of distributed resources to balance out their own portfolio,” Kolo said.

EDF recently completed a 200-megawatt Iowa wind farm for Google, and in January it switched on a 1-megawatt/4-hour battery system for the San Diego Zoo. EnterSolar counts Target, Asics and Bloomberg among its customers. PowerFlex, the newest member of the family, is “doing a lot of work right now for Intuit,” the financial software company, Declercq said.

EV chargers are a “very highly valued perk for employees at tech companies in California,” he said. Some corporate parking lots around San Francisco and Los Angeles are now a quarter filled with EVs. “It’s a great way to start a business relationship for us.”

Why the PG&E storage deal fell through

Even in California, distributed energy is no easy business, and small-scale deals can fall apart in a big way.

One of the toughest nuts to crack in the distributed energy market has been commercial storage. Several early sector leaders have survived by pivoting away from hardware and toward software and services — AMS and Stem among them.

EDF, too, has had its C&I storage setbacks. In 2017, the company won a contract to provide 10 megawatts/40 megawatt-hours of storage capacity for PG&E, to be installed at a number of C&I sites in the utility’s territory by late 2020.

It was a landmark announcement: Of the six storage contracts PG&E announced totaling 165 megawatts, only EDF’s was for an aggregated portfolio of behind-the-meter batteries. But the deal “went sideways” after PG&E’s bankruptcy in early 2019, Declercq revealed.

“PG&E looked at their contracts and the optionality they had on those when they went bankrupt, and they said, ‘Well, this one, sorry, we’re not going to proceed’ — which hurt.”

If there’s a silver lining, it’s that California’s storage market has shifted since the contract was awarded. Where once the focus was strategically discharging batteries to help companies lower their demand charges, the bigger game today is storing solar power for use during the late afternoon and early evening, Declercq said.

“We were not able to do that with the PG&E contract. We departed on good terms because the market was going in another direction.”

Where the profits come from

EDF’s open-armed approach to distributed energy means it’s unlikely to miss out on the next big market. But do any of its small-scale energy businesses make money today?

The answer is yes, Declercq said — some of them.

Distributed solar is the real moneymaker today, he said. EnterSolar is profitable. So is groSolar’s focus: building small front-of-the-meter PV arrays for municipal and co-op utilities.

Munis, coops and other smaller load-serving entities remain open to deals despite COVID-19 shutdowns, but the C&I market may take a hit, Declercq said.

The solar projects “allow us to finance some of the growth we think is coming in the other segments. If you look at the battery business, if you look at the EV business, those are [early-stage] businesses and we need to, in a way, subsidize the growth of our distributed offerings through solar in the traditional form.”

Distributed projects are often more profitable than large-scale renewables, he added. “If you look at the internal rate of return of a smaller project in isolation, it’s better than what you’re getting on a large-scale wind or solar farm.”

The challenge is keeping overhead costs down while scaling up a business that relies on a constant flow of small projects. “There’s limited public information on the profitability of our peers, but if you look at a company like SunPower, which is publicly listed, we’re doing much better.”