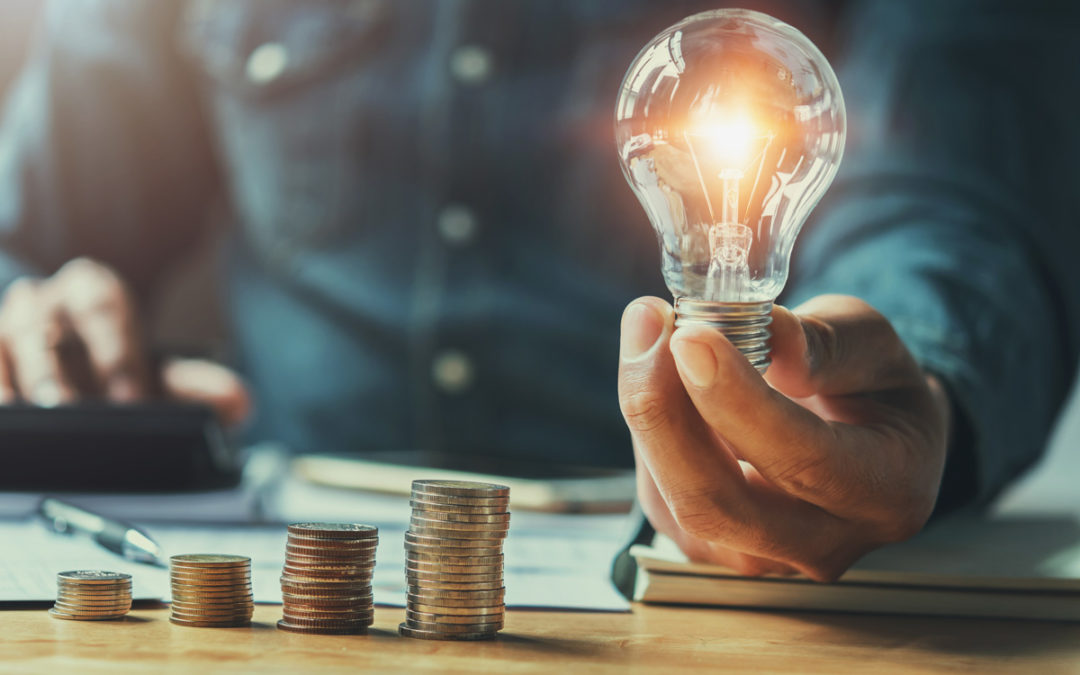 If you’re one of the millions of people working from home as a result of the coronavirus pandemic, you’re no doubt aware of the impact doing so has had on your monthly energy bills.

Price comparison site Compare the Market has estimated that being at home more often has led to a 37% spike in the typical home workers energy bills.

That could work out to hundreds of pounds added to energy bills each year and comes at a time that many households are trying to cut their carbon footprint.

So, what can you do about it? There are obvious steps you can take, such as improving your home’s insulation and general energy efficiency, but you’ve no doubt read about those a dozen times before, and there are more innovative ways people are cutting their household bills – and their environmental impact.

According to one local family they’re set to save a whopping £6,000 a year on their energy and motoring bills by approaching their needs in a way that’s more forward-thinking. 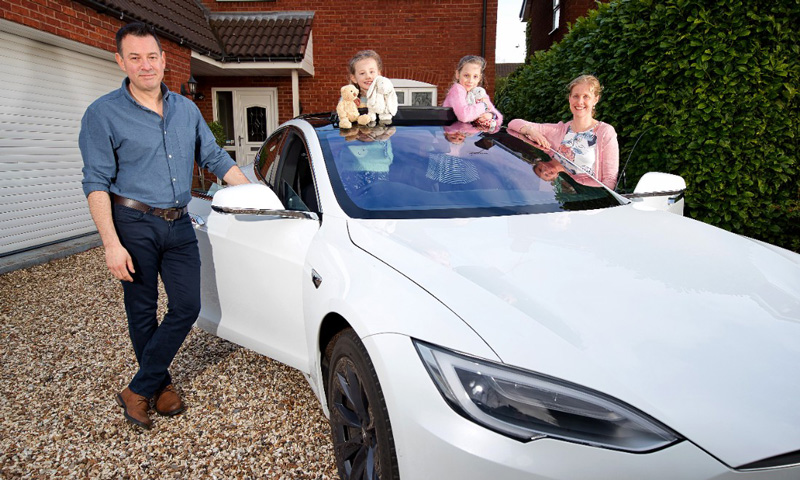 Much cheaper than a normal energy tariff

The Smith family lives in Stamford, Lincolnshire and recently finished building their new home. They’ve installed 11kW solar panels and two Tesla Powerwall home batteries to help them generate and store a far greater amount of energy. They also installed an air source heat pump system, which effectively absorbs heat from the air outside and transfers it indoors, further reducing the cost of keeping their home cosy. The family also decided it was time to switch to an electric vehicle (EV) – a Tesla – and, with this in mind, installed a three-phase electrical supply in their home, which means they can rapidly charge their EV.

‘I slashed my energy bills and often drive on sunshine’

Finally, they’re on the Tesla Energy tariff from Octopus Energy, which automatically imports and exports energy between the grid, home batteries and solar panels. As John Smith explains, this tariff works out around 50% cheaper than standard electricity tariffs.

“I wanted my teenage kids to grow up in an environment where I’m not paying to pollute the air we breathe,” John said.

“Our new house is as energy efficient as we could afford to make it. We’ve lived in it for six months now and, so far, we’ve been 60-70% self-sufficient thanks to the solar panels on our roof. I also made the switch to an EV in the summer and now drive an electric vehicle – there’s no better feeling of driving on sunshine! So shen I heard about the Tesla Energy Plan it seemed like the special jam in the sandwich.”

“If you have committed to solar panels you end up exporting in the summer and have a bigger deficit in the winter. You need a tariff that does both of those things and we get the same deal for import and export costs too. The beauty of our combined solar and battery system means that, for the majority of the year, we don’t have to think about our energy use at all.”

‘It’ll pay for itself in four years’

Obviously, solar panels and home batteries don’t come cheap, but John estimates that they will pay for themselves in four years.

New homes should be greener

Obviously, there aren’t that many people out there who are building their next home from scratch. But, if you are among then, John highly recommends you take the time to make it as efficient as possible.

“Building our energy-efficient home has been both challenging and rewarding. We were lucky to have good builders and an energy company who did all of the solar and the heating for us. Yes, it does require a bit of planning but YouTube is a great teacher! There are also fantastic online communities with people sharing their learnings too. I want to debunk the myths and encourage other people to consider what changes they can make for the environment.” 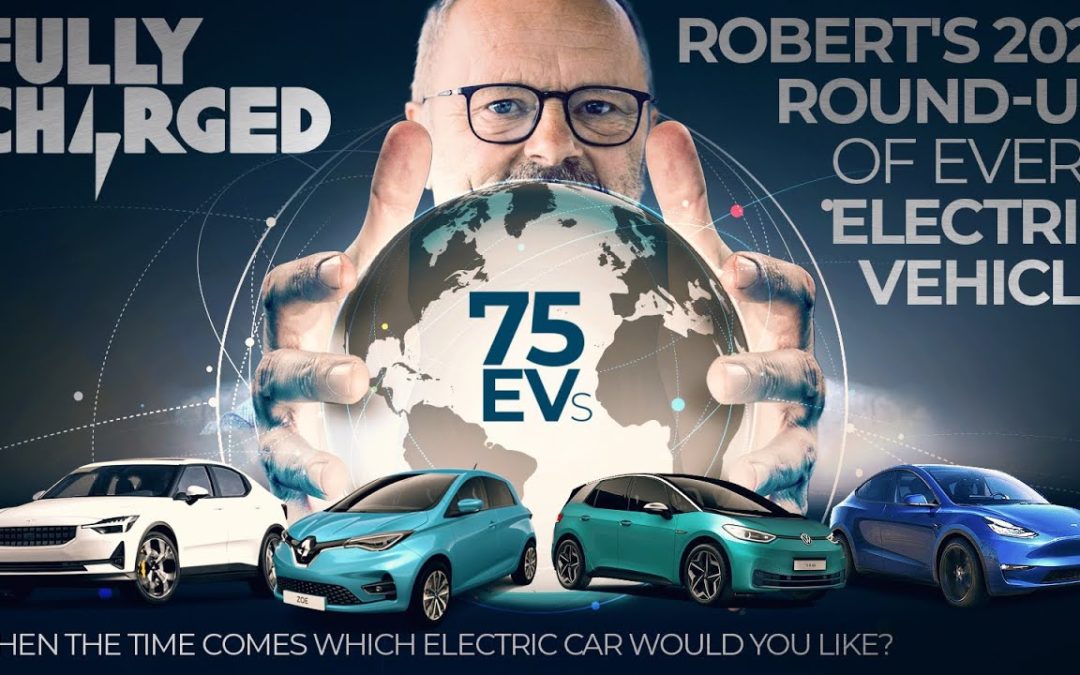 While the choice of electric and hybrid cars has been growing steadily over the last decade, the range of battery electric vehicles (BEV’s) available saw a huge spike in 2020, and this trend is only accelerating (no pun intended).  If you’re considering your first purchase and you’re struggling to keep up with all the options on the market, Fully Charged have released a video summary of all the models currently available in the UK, Europe and US.

Needless to say this list is going to expand almost weekly, but for now this video will give you a good overview of the line up as of February 2021, and we’re excited to see how many more models will be around this time next year, it’s going to be a very long list… 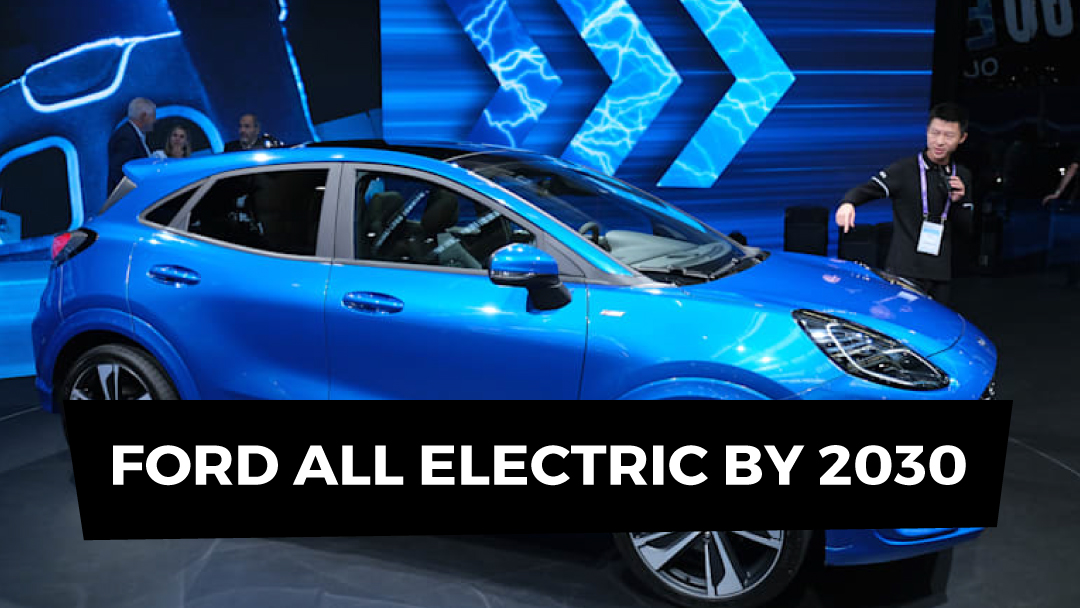 Two days after Jaguar announced its commitment to going all electric by 2024 Ford has said its passenger vehicle line-up in Europe will be all-electric by 2030. By the middle of 2026, all its cars will be available as electric or hybrid models, it added.

European regulators are clamping down on emissions, with countries including UK planning to ban the sale of new petrol and diesel motors.

Ford said it would spend $1bn (£720m) updating its factory in Cologne, with the aim of producing a mass-market electric vehicle by 2023.

“Our announcement today to transform our Cologne facility, the home of our operations in Germany for 90 years, is one of the most significant Ford has made in over a generation,” said Stuart Rowley, president of Ford in Europe.

“It underlines our commitment to Europe and a modern future with electric vehicles at the heart of our strategy for growth.”

Ford is the largest carmaker to make such an announcement in Europe, holding a 15% share of the regional market.

On Monday, Jaguar Land Rover said its cars would be all-electric by 2030, with its Jaguar brand electrified by 2025. GM and Volvo Cars have set similarly ambitious targets.

This year car makers in the EU will face hefty fines if they fail to meet emissions standards. The UK meanwhile has said it plans to ban the sale of new petrol and diesel cars from 2030, with France is targeting the same by 2040.

David Leggett, automotive analyst at GlobalData, said: “Automotive electrification is an expensive proposition for vehicle manufacturers, but they are nevertheless concluding that they must take the investment hit to be well-positioned competitively later this decade when the end for new internal combustion engine vehicle sales will be in sight in a number of markets.”

On Tuesday it emerged that Coventry Airport could be the site for a gigafactory – a plant to manufacture electric car batteries.

The UK government previously announced £500m funding as part of a ten point plan to support the electrification of vehicles, including developing gigafactories across the UK. 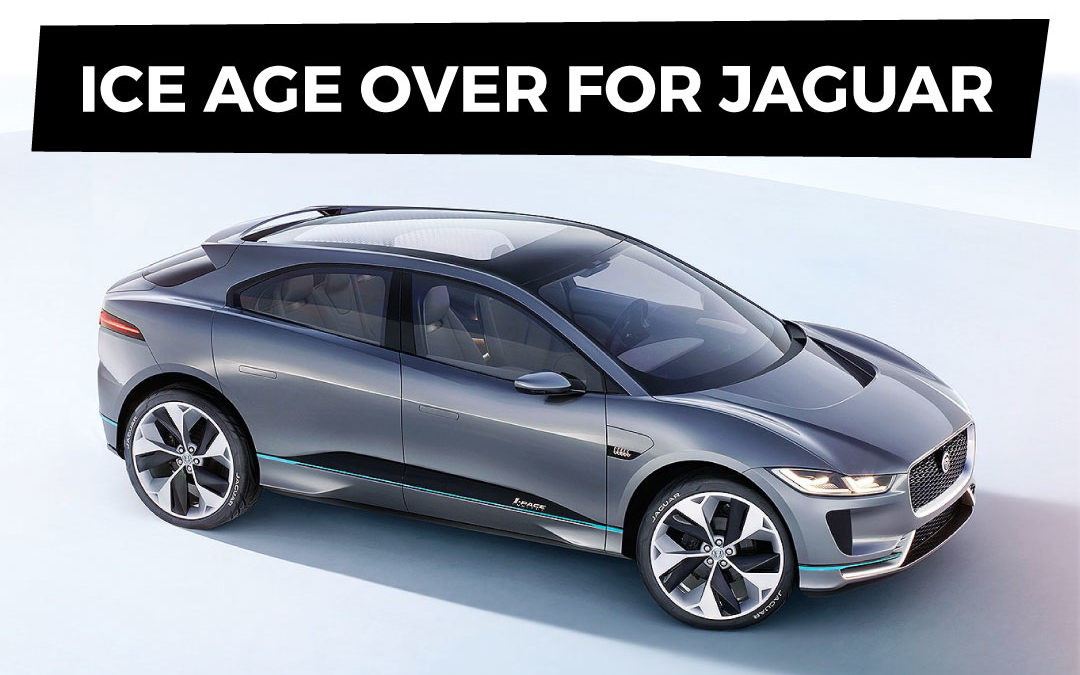 Huge EV news as new Jaguar Land Rover boss Thierry Bolloré has confirmed that Jaguar will become an all-electric car brand from 2025, as exclusively revealed by Auto Express. Speaking at the announcement of JLR’s ‘Reimagine’ plan, Bolloré confirmed that Jaguar will only build all-electric cars from 2025 and that JLR would be leaving SUVs to the Land Rover brand.

“We want to reposition Jaguar – it will be very different,” said Bolloré. “The SUV will be Land Rover. Jaguar will be distinct from Land Rover.”

Jaguar Land Rover Chief Creative Officer, Gerry McGovern, is being tasked with leading a team to come up with a new design strategy for Jaguar, and that will also lead to a decision on platform architecture. Bolloré confirmed that Jaguar will use a unique platform architecture, leaving the impending modular electric/internal combustion MLA (Modular Longitudinal Architecture) platform, plus the forthcoming EMA (Electric Modular Architecture) to Land Rover. That means that the next generation of Jaguar XJ saloon based on the MLA platform, due to be shown this year and go on sale in 2022, has been axed from the line-up. “XJ does not fit with our new positioning,” Bolloré said. “It was a tough decision, for sure, but it was a significant decision.” The decision on an all-electric platform for Jaguar would depend on the design strategy for the cars, as Bolloré explained: “We want the best of the best for the Jaguar platform. “We let the designers totally free to make the most dramatic designs. Proportion is massively important and that will dictate the platform.”

One of the plans on the table when Bolloré arrived at JLR was for a new small electric Jaguar crossover to rival the likes of Tesla’s Model 3 and Model Y, as well as the new Polestar 2.

The plan for smaller, electrified Jaguars already has support at board level, with JLR’s director of engineering, Nick Rogers, telling us last year: “A small electric Jag would be great – we need to think about that. “That’s a really cool space that ideally we want to be in, and ideally our customers want us to be in – and it’s extremely relevant at this time.” Similarly, Jaguar’s design boss, Julian Thomson, who now reports into Gerry McGovern is also a fan of smaller cars, recently telling us, “I would love to do smaller Jaguars. I think, reflecting on what’s happening around the world, I would love to do cars which are smaller, more efficient and have all the inherent values of a Jaguar, which are a beautiful thing to look at, with a fantastic interior, and are just great to drive – I’d love to do smaller cars like that” 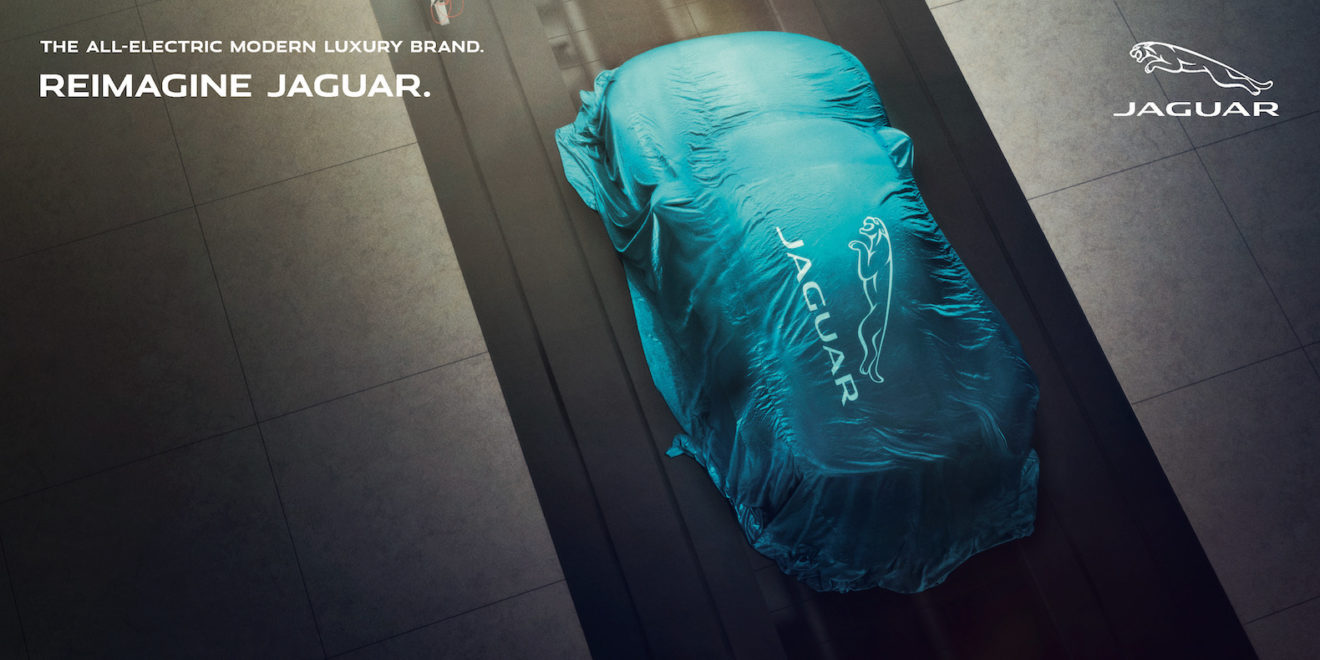 Speaking exclusively to Auto Express at the end of last year, Gerry McGovern said: “It’s in its infancy, but I’ve started to work with the team defining a future design strategy for Jaguar. “Over the years, I’ve developed a structured approach where, before we start designing anything, we go through quite an intense creative intellectual process where words are written down to help define a vision. A design strategy evolves from this process to create the guidelines for the design team. The design strategy that we developed for Land Rover over time became the bible for everything we did. “We have talked a lot in the past about Jaguar’s unique design heritage, which is clearly important to give the brand its authenticity. However, if just applied to a modern design language it will not be credible. Whatever we create has got to have integrity. “You start by looking at the past and see if anything is codifiable in a relevant, modern context. Ultimately it’s about capturing the essence of your heritage, not a retrospective look and feel.” So, it’s clear that future Jaguars will acknowledge the past, but look to the future, as McGovern explains: “Jaguar cars of the past were of their time, they weren’t looking back, they were looking forward. “So, you consider the past, you observe the present, you imagine, then you plan and then you execute. At the moment, we’re in the actual process of the reimagining. Words such as exuberance and drama come to mind. Think of that jaw-dropping moment when the E-Type was viewed for the first time.” Bolloré promised that it wouldn’t be long before we get an idea of Jaguar’s new look, while when we spoke with McGovern, he revealed his brief to his design team:

“Think big. Dream. Don’t feel constrained. And by the way, don’t even think about the competition.”

While the electric XJ has been confirmed as dead, the much-rumoured J-Pace large SUV will go the same way – it, too, was due to be built on the new MLA platform, now for Land Rover use only. XJ and J-Pace were due to be built at Jaguar’s Castle Bromwich factory. However, Land Rover models using MLA will be built in the UK at Solihull alongside Jaguars on their new platform, leaving Castle Bromwich likely to be repurposed for other uses. With Bolloré confirming that no plants would be shut under the Reimagine plans, it could be that Jaguar Land Rover Special Vehicle Operations (SVO) moves to Castle Bromwich with Bolloré revealing big plans for SVO. “SVO is a real beauty,” he said. “It’s potential is huge. We will enhance its activity.”